CCTV division strive to provide state of the art surveillance solutions for the customers. With latest technologically advanced equipment such as IP/AHD, the dedicated professional within the division focus on providing high customer satisfaction.

Abans Engineering (Pvt) Ltd, a member of Abans group of companies is the authorized partner of Merit Lilin for a wide range of surveillance products in Sri Lanka. These state – of – art surveillance and security systems are ideally suited for banks, hospitals, large factories, industries and government and private enterprises that require careful surveillance of multi-locations.

Merit Lilin Surveillance systems have been the choice of many developed countries for major high-end applications such as Highways, Traffic Monitoring systems, Railways and Airports and have proved its stability internationally. Abans have successfully completed installation of surveillance equipment for several projects in banking sector, industries, government sector and factories, data center and disaster recovery centers.

No matter how widespread your business is and what ever number of branch offices, factories, industries and you may have located in North, South, East or West, you can now maintain strict surveillance of all your business locations at a central monitoring point and facilitate real time video and recording from remote locations on one split screen.

Converting from Analog to IP Surveillance

It's no secret that the future of video surveillance is in IP-based solutions, but that doesn't mean you need to throw out your existing analog cameras as you make the transition. Cutting-edge surveillance equipment such as hybrid DVRs and video encoders allow you to build a future-proof IP surveillance network while retaining the analog security cameras you already have on hand.

There's a difference between a DVR-based system and a hybrid surveillance system. With a standard DVR setup, you're limited to using only CCTV cameras. The analog video signals are sent to a DVR where the footage is then converted to digital. In a hybrid system, you have the option of using both IP network cameras and analog cameras, all operating together on the same network. This is typically done by using video encoders and servers, or a hybrid DVR.

Hybrid DVRs are unique in that they can support both analog CCTV cameras and IP network cameras. This level of flexibility isn't available with traditional DVRs, which only connect to analog cameras. Hybrid DVRs ease the transition from analog to IP surveillance. Since they support both camera types, you don't have to restrict your camera options. This makes it easy to move towards an IP-based solution while still using lower-cost analog cameras when necessary. 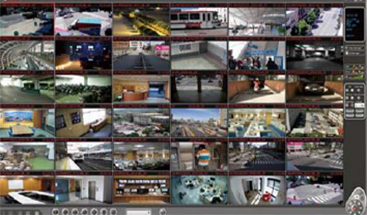 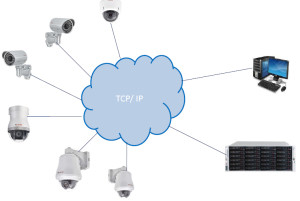 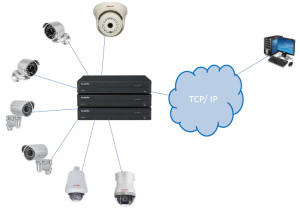 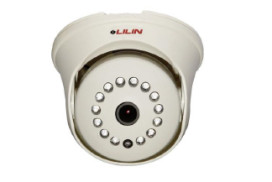